Location Last Seen: On the way to Langtang Village (possibly)

Further information on the missing trekkers

Liang Sheng-yue (梁聖岳) and Liu Chen-chun (劉宸君) are freshmen at National Dong Hwa University in Taiwan. They arrived in Nepal in February via India and went trekking in Tamang (Langtang) on February 22nd 2017.

Nepali police hired three guides and a helicopter to search for Liang and Liu on a possible route they may have taken leading to Langtang Village where the couple were supposed to meet up with Taiwanese friends. There was bad weather in Langtang during this period with snow reported in many areas.

According to some of the couple’s Facebook posts they were experiencing some difficulties prior to their trek with missing luggage and arguments between each other over “trival matters”. Liu is reported to have written “I wish I had never ended up here”

The couples families believe that the bad weather may have forced them to stay longer than expected in a village on the way to Langtang village but poor telecommunication meant they could not contact home.

It is believed that Liu was dressed similarly to the photograph displayed on this page wearing a bright red jacket while Liang may have been in black or blue.

Those that have seen them or have any information should contact:

Both Liang Sheng-yue and Liu Chen-chun were found 47 days after going missing at 11.45 am in a cavernous area in Dhading by a rescue team following a report from locals who had spotted them. Liang Sheng-chun was found alive while Liu Chen-chun is said to have died three days ago.

Liang was flown to the Grande International Hospital in Kathmandu with no trauma injuries but is being treated for dehydration, malnutrition, lice and a maggot infestation having lost over 30kg in weight.

According to reports, they had fallen by a waterfall near a trail following snowfall while trying to descend to the Somdang Valley via Pangsang pass. They remained trapped in the cavernous area surviving for two weeks on the food they had brought before living on just water and salt. They also had a tent, clothing and sleeping bags. Locals spotted the red tent on the 26th of April and a rescue helicopter was immediately dispatched. 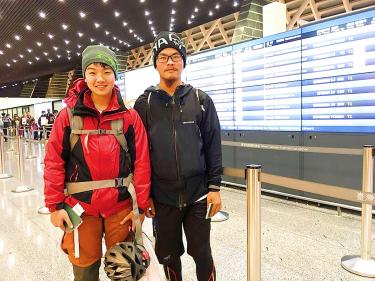 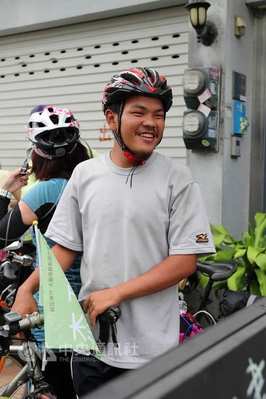