After the pandemic closed off much of Nepal to trekking it was expected that 2022 would be the first full year that trekkers would be back. With a full two years to prepare nobody expected the Nepali organizations to utterly fail at helping trekkers or even provide basic services that they were paying for.

The Missing Trekkers of 2022 in Nepal

The first missing trekker of 2022 was the Israeli Young Kidron. The disappearance of Young was perhaps an indication that all was not right in Nepal in terms of TAANs TIMS checkpoints and indeed of Nepali guides. 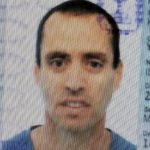 Young actually disappear in September 2021 but the investigation into his disappearance was so convoluted the alarm on MissingTrekker was only raised in February 2022. From sign in sheets accross several regions, to a guide letting him leave a group the information was bizare and inconsistanct. With the help of MissingTrekker a team of on the ground guides were sent to investigate read more. 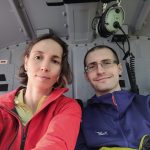 In May 2022 two Russians Ekaternina Katargina & Artem Ostrovski went missing on the Everest Base Camp trek. Thankfully this missing trekker story ended well with both being found safe and well read more. 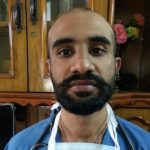 In July came an incredible spat of missing trekker reports from Indian trekkers that had disappeared. The first was a Dr Chandra Mohan Shivanath who went missing on the Everest Base Camp trek and was never found read more. 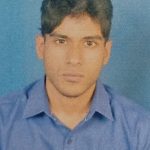 Later in July Nirmalya Bhattacharya also from India on the Everest Base Camp trek went missing. Again, he was not found. Read More.

The peak season of trekking in Nepal October through to early December was then hit by a heavy snow event that left hundreds of trekkers stranded. Dozens reported as missing. And led to the deaths of several people including guides.

MissingTrekker.com was inundated with reports during this period. It was a mass event that occurred twice. Once at the start of the season and again in November.

In November A group of 22 people including 12 foreigners, 8 porters and 2 guides went on the Annapurna Circuit trek. However the weather was bitterly cold which led to the deaths of two Thai citizens. Reports came flooding in that the lead Nepali guide took them into a snow covered area ill prepared and then left them for 12 hours circulated. The guide turned out not to an in

Conclusion on missing trekkers in Nepal during 2022

Compared to 2021 when the industry was essentially closed it was a bad year of missing trekkers and fatalities in Nepal. Once again, we will not include the mass event of early October. However, it cannot be let go as 300 people were left stranded and two died, including a guide. The event sparked outrage in the trekking community as reports of guides taking trekkers across Throng La pass in the middle of high snow drifts emerged instead of staying put. Profit over safety reared its ugly head.

Considering that there were less tourists overall in Nepal in 2022 having 5 missing trekkers is a bad number. Couple that with 1 of these missing trekkers being with a guide who let the trekker go on alone and then went missing. The countless reports in October of guides leading trekkers through treacherous snowy conditions instead of going back or staying put. Then in November a group of 22 who were left alone by their guide resulting in the death of two trekkers from hypothermia. The overall standard of trekking safety in Nepal has plummeted.

This is further backed up by the fact that TAAN and NTB continue to issue TIMS cards for Everest Based treks despite the regional authorities banning the cards and replacing them with their own cards. Further to this, is the fact that throughout 2022 TIMS checkpoints have remained closed throughout Nepal.

TAAN were interviewed about this https://english.onlinekhabar.com/tims-card-nepal-trekkers-redundant.html and rather stunningly had little to say about the matter.

Alternatives for TIMS cards have been suggested. At the moment, it seems anything is better than the current system which is literally, nothing.

To make matters confusing, the Solukhumbu region who have rejected TIMS cards have now introduced a TREK CARD for solo trekkers which equally does not have any check in points. Similarly the regional tax on group trekkers or trekkers with guides does not have any check points either. Again, aside from providing income for those charging these fees what benefit is there for trekker safety? This was the whole point of the regions TREK CARD which doesn’t actually do anything aside from provide the people who issue it with money.

As Nepal prepares to launch a “decade of tourism” to help increase tourist numbers we are all left wondering what is the point in increasing numbers of tourists if so many are going to die or go missing. Surely the money would be better spent on improving trekking guides training, implementing a better TIMS card solution, better weather stations, and indeed improving safety when trekking in Nepal.